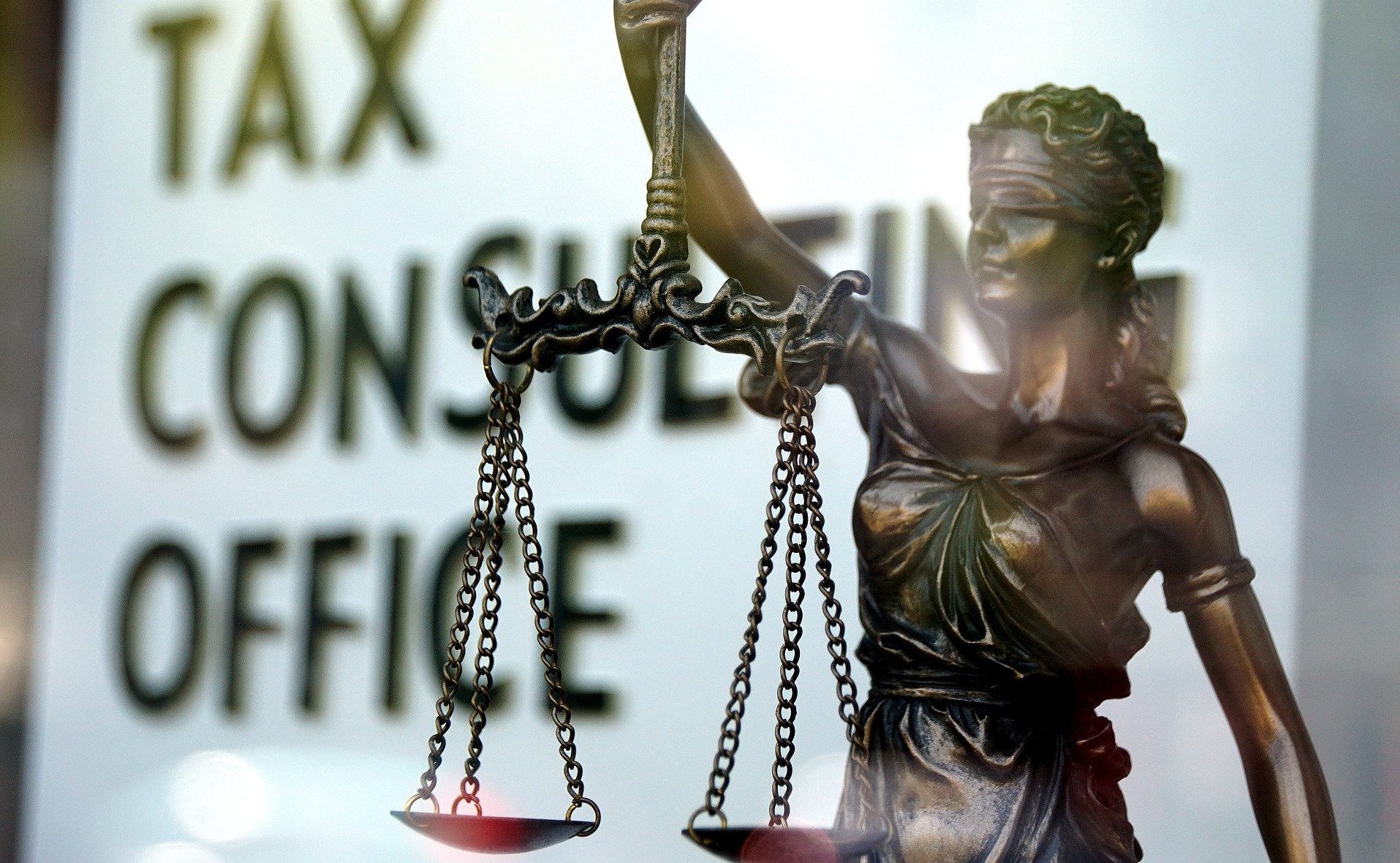 On Thursday 3 June, the Members of the sub-committee on tax matters of the European Parliament have rejected the draft own-initiative report led by MEP Claude GRUFFAT (Greens/EFA), which aimed at proposing new approaches towards a fairer tax system for a more sustainable future. This missed opportunity results from the right wing, far-right wing and liberal MEPs’ positions.

“A majority of the members have explicitly expressed astonishing conservatism during this voting session, while the citizens have been facing and will keep on facing major environmental and social challenges over the upcoming months and years”, told Claude Gruffat. “Although the crisis made the need to reform the post-WWII tax system very clear for a vast majority of people, the conservatives and reactionary political families of the European Parliament have not got this message. This unfair status quo has been supported by certain Mr. Macron’s friends”, he added.

Inspired by reports issued by NGOs and international institutions such as the International Monetary Fund (IMF) and the Organisation for Economic Cooperation and Development (OECD), the draft own-initiative report suggested concrete progressive proposals to comply with the urgent need to protect our planet as well as to set up social justice. Those two stakes are indeed part of the biggest challenges over the upcoming months and years.

More in details, the text proposed to end tax exemptions both for maritime fuel and kerosene (more broadly for the most polluting sector which pay few taxes), in order to guarantee fair competition and to impulse a climate neutral post-Covid recovery. It furthermore aimed at broadening the tax base, especially regarding capital and wealth. The draft report also suggested to set up a multilateral carbon tax treaty that would have put all countries (high/middle/low income countries) on different pathways for application of a carbon tax, according to their differing levels of economic and social development.

“The opponents’ and abstentionists’ positions highlight impressive immobilism, light years away from the challenges of the 21st century”, said Mr. Gruffat.
“The current tax system, which was set up after the WWII and which was based on the taxation of manufacturing and work activities, must be deeply reformed. Tax incidence has indeed shifted from wealth towards incomes, from capital towards consumption and labour incomes, from multinational companies towards small and medium enterprises (SMEs), from the financial sector towards the real economy. Digitalisation has made this trend quicker and stronger, as well as it has challenged tax justice. Tax justice is however a core element of our societies. This is why a paradigm shift is absolutely necessary”, he added.

Today’s vote prevents the MEPs from sending a strong signal both to the governments and the European Commission, ahead of the G20 talks on environmental taxation and the publication of the ‘fit for 55’ package on 14 July.

“EPP, ECR and ID groups keep on ignoring those new realities and this urgent need of tax transition. While the whole World is facing a historic crisis, and while it is of major importance to support the most vulnerable citizens as well as to deal with both the climate and environmental challenges, those positions are highly regrettable”, Mr. Gruffat concluded.

Here you can find the draft report as it could have been adopted. 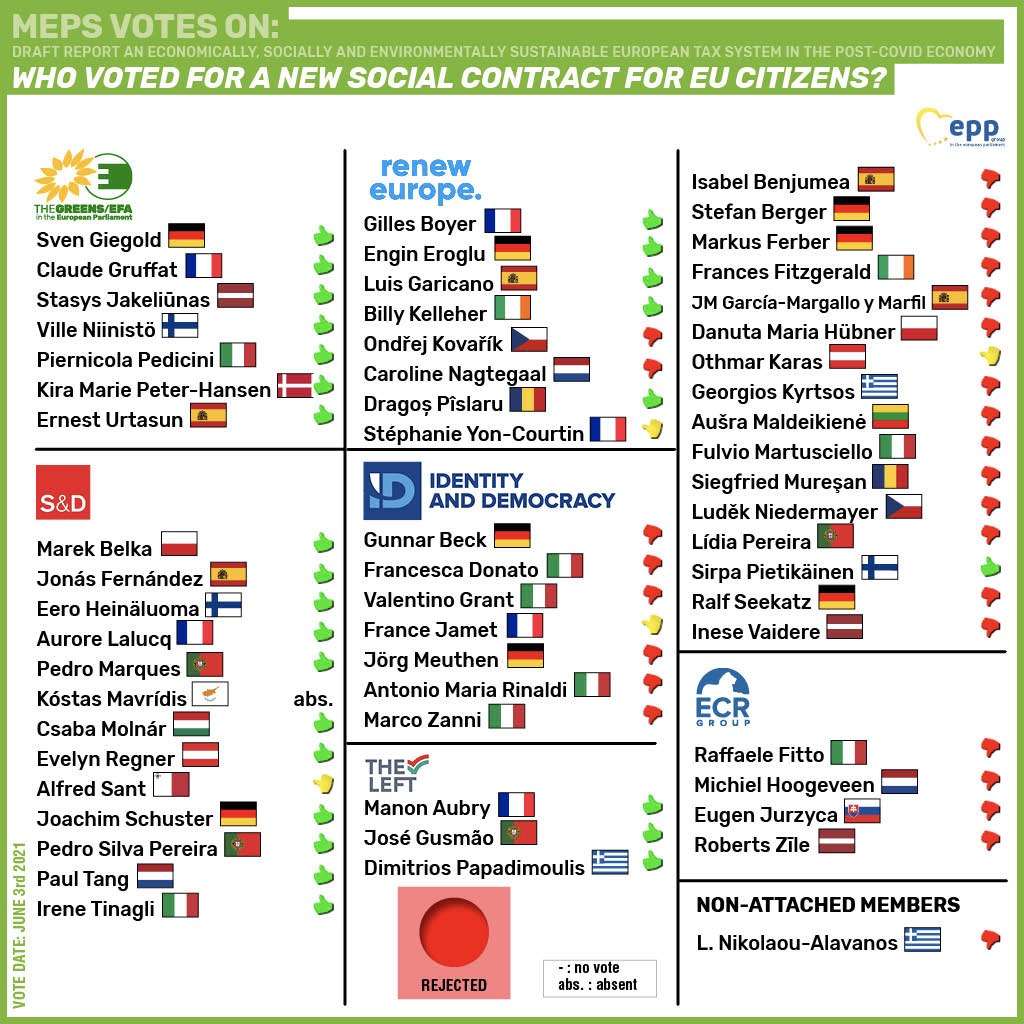 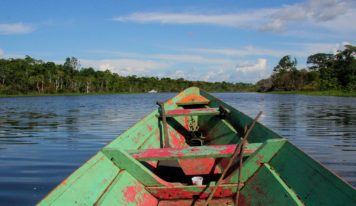 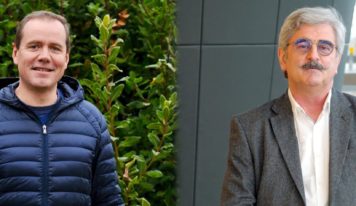 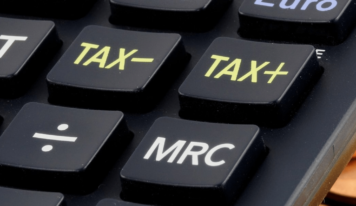 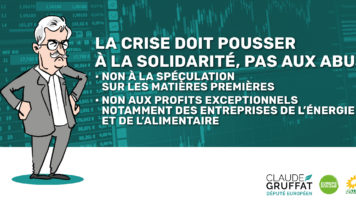